As a Native Mainer, Justen has always admired the diversity of the unique landscape in which we live, from the beautiful coast to the majestic mountain ranges. Spending most of his time growing up outdoors he learned that each particular region presents its own set of one of a kind experiences. This thought process followed him through-out his childhood and into the field of architecture. Justen believes that as no two sites are alike nor shall any two buildings be alike.

As a son of a builder Justen was raised with a strong work ethic and a willingness to learn. Working in various fields such as landscaping, plumbing, general construction, excavation, roofing, etc.; Justen developed a solid understanding of how buildings are made and operate. As a result he has always had a passion for designing and building things by hand.

After graduating from High School he pursued this passion at York County Community College, where he received an Associate in Architectural Drafting and Design. Justen realized that this was just the beginning of his pursuit of Architecture. He then went onto Norwich University where he received his Master of Architecture in 2014. While at Norwich he fostered his love of designing and building, while nurturing a healthy desire to understand the built environment. He joined RSA in May of 2015, after spending some time as a project manager/designer at a local millwork company. Justen has been involved in many of the projects here at RSA since then, in varied stages from conceptual design to construction documents. Today, Justen lives with his wife Nicole in Hollis, Maine. He spends most of his free time building furniture, hiking, snowboarding, snow-shoeing, and spending time with his family. 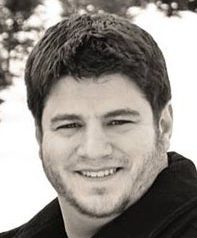