Reid Tozier grew up in Falmouth, Maine, spending summers working for his father’s construction company, the Tozier Group. Throughout the years, Reid was exposed to many trades and techniques that furthered his love of building and made him interested in expanding his knowledge to design. After high school, Reid enrolled in the Architectural program at Wentworth Institute of Technology in Boston where he graduated with his masters of Architecture in 2010. After college, Reid took over the Tozier Group where he designed and built various residential projects over the next few years. In 2013, Reid joined with Ryan Senatore Architecture to pursue his dream of becoming an Architect and be part of an exciting high energy firm in Maine’s largest city. Currently, Reid lives in Falmouth with his wife Hannah, has been coaching the Falmouth high school hockey team for the last 6 season, and is an avid musician. 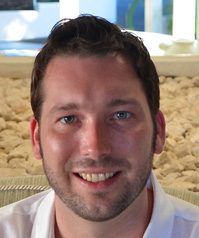